Artificial Intelligence is nothing but a product of

And robots are made by humans, not the other way around.

To help our clients design, develop, implement and run robotic process automation
and artificial intelligence based solutions that are truly game-changing & transformative in nature.

What Do We Do

Transformation does not happen at 20,000 feet. To get things done, you need a nuts-and-bolts technology implementation partner that can get down to the real business of building the bots that will automate your processes, and developing the cognitive engines that will transform your business.

That's precisely what we at Acronotics do for a living. Our automation and AI experts work closely with leading global firms across multiple industries to build cutting edge robotic automation & artificial intelligence solutions, enabling our clients to boost organizational productivity, realize substantial cost savings, gain competitive advantage through smart data analytics, and deliver an enhanced user experience to their clients. In short, we apply RPA & AI technologies to:

As a specialist consulting and services firm focused on RPA & AI, we are building a world-class team of automation & AI engineers, designers, consultants and thought leaders.

Every decade or so, a defining technology comes along that changes the productivity curve and becomes the core driver of business transformation. RPA & AI are the game changing technologies of our times.

Companies around the globe are actively looking to embrace these technologies to transform their businesses. As a result, the demand for RPA & AI experts is going through the roof.

Automation and cognitive technologies are the future, whether you are a company trying to maximize its market potential, or whether you are an individual trying to maximize yours. As a rational human being, once you can see the future, the only logical response is to become a part of it, to embrace the change, indeed to become a change agent yourself. A career at Acronotics will give you this opportunity.

Over 700 of the worldâ€™s largest brands use the platform to manage and scale their business processes faster, with near-zero error rates, while dramatically reducing operational costs. Based on the belief that people who have more time to create, think and discover build great companies, Automation Anywhere has provided the worldâ€™s best RPA and cognitive technology to leading financial services, BPO, healthcare, technology and insurance companies across more than 90 countries for over a decade.

Arria is the global leader in Natural Language Generation (NLG).Â Arria’s NLG technology which enables computers to communicate insights and information to people in narratives they can easily understand.

For the first time in human history technology is embedding expertise and the tone of voice of an SMEâ€”moving the Power of Language outside of the human mind.

Arria's core product is known as the Arria NLG Platform, a form of artificial intelligence software that specializes in extracting information from complex data sources and communicating that information in natural language. Arria’sÂ PlatformÂ is configurable for a wide range of client needs. Â We offer our technology via our two tool sets, NLG Studio and NLG Pro, as well as pre-packaged SaaS Solutions both ofÂ which have APIs that allow developers to add NLG functionality to their own applications.

The scientific foundation for Arria NLG’s technology is based on more than 30 years of research and development. Arria’s scientists have authored over 300 academic papers on the subject, and our senior scientists wrote the de facto textbook in the field, ‘Building Natural Language Generation Systems’. 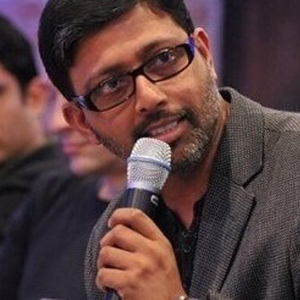 As a professional CEO, Jitin has run large publicly listed firms; As an entrepreneur, he has set up successful startup ventures in multiple fields of business.

Jitin started his career as a banker in India with Citibank, playing various roles in corporate, transaction, and investment banking. He was a forex and derivatives trader before shifting from banking to the IT industry.

Post Citi, Jitin spent 10 years at Infosys Technologies. After a stint in the USA, he moved to UK & then Europe, where he served as Vice President for EMEA and played a central role in establishing the company's business from ground up across the region. He was a member of the company's tier-1 leadership team.

As an entrepreneur, Jitin has set up multiple startups over the years across areas as diverse as carbon trading, film & TV animation, and technology innovation. Apart from Acronotics, Jitin is also the founder of Occam Technologies, an innovation startup that is developing SLapp, a next-gen social networking, collaboration, and commerce platform. He also founded Snipple Animation, an animation company with studios in the UK, Philippines and India.

Jitin is also a "struggling" writer and a lover of the arts. He is a diehard fan of Pink Floyd and a lifelong devotee of Beethoven. His favorite filmmakers include Kurosawa, Kieslowski, and Rajamouli. Apart from writing, he hopes to make his own movies one day.

Jitin holds a bachelor's degree in Electronics Engineering, and an MBA in Finance & Strategy from premier schools in India.